A Visual Guide to Percolators

Have you ever wondered what all the fuss is about with percolators? Before you purchase any water pipe, you’ll probably hear about the perc that’s inside--showerhead, UFO, etc. What exactly are the different kinds of percs and why do they matter? In this guide, we’ll take a deep dive into all things percolators, why they matter, what to look for, and how they affect your water pipe experience. We’ll filter out all the nonsense you’ve been hearing about percolators and have you bubbling with expertise in no time.

What are the Different Types of Percs?

We could really go on for hours about how many percs there are--of course, there’s definitely some we haven’t heard of yet as people design new ones all the time. However, it will help you to know the major players out there so you’ll be prepared when getting your first perc bong. Don’t forget that even if your current bong doesn’t have a perc, you can easily add one with an ash catcher attachment! 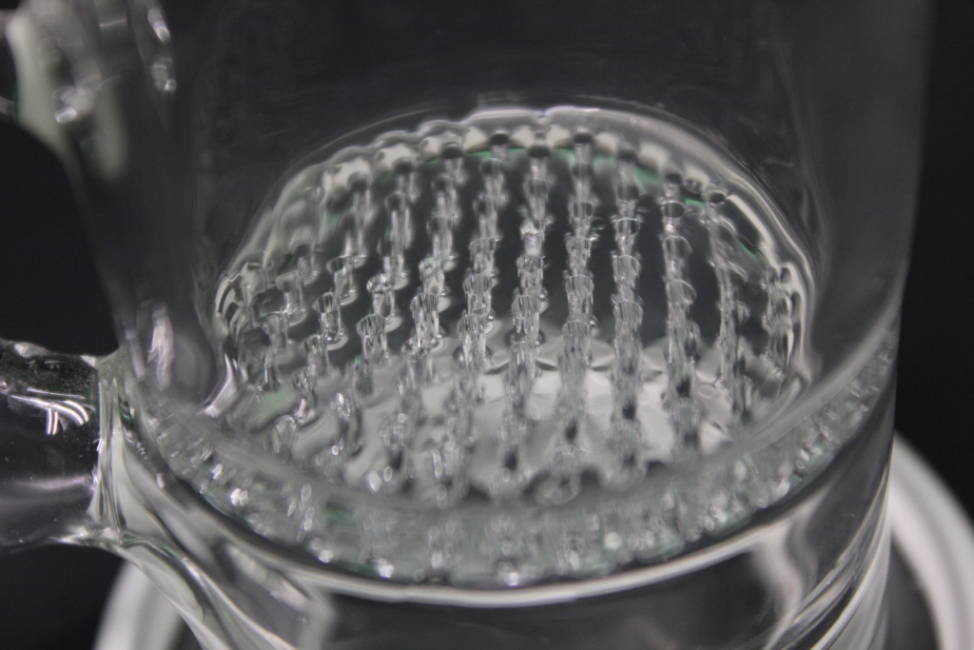 Aptly named for its honeycomb appearance, this percolator is a flat disc with a series of holes that resemble the honeycomb inside of a beehive. These percs are prized for having the most holes, upwards of 30 tiny slits that really break down your smoke. 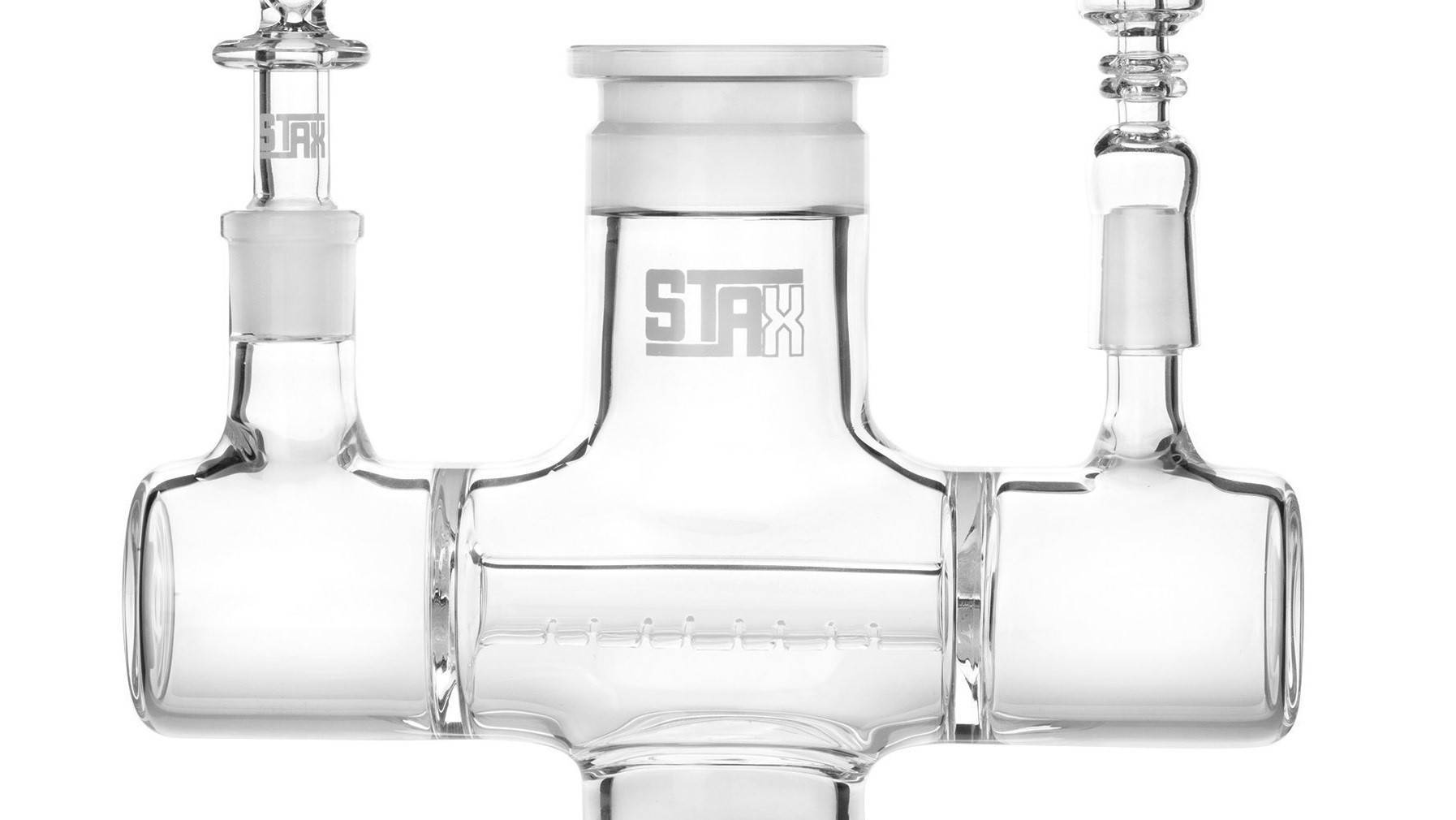 A classic. This popular percolator diffuses and spreads the goodness, cleansing through a series of slits along the inset tube. Right from the joint, each inhale is effectively soothed. 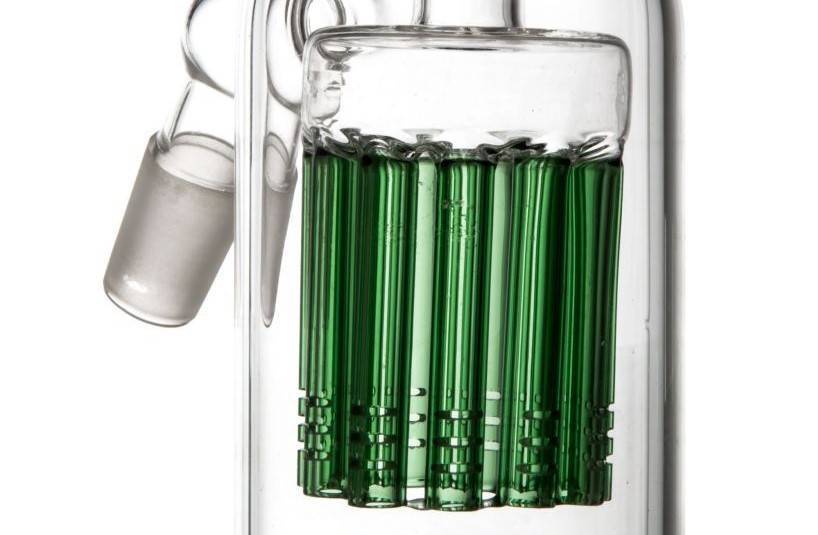 We already know what your favorite plant is, but give trees a chance! Tree percs are named for the multiple arms that hang over the percolator like branches of a tree. We’ve even seen some tree percs with 8 arms. This really makes the smoke travel, and the multiple perc arms help to further break up and cool the smoke in the water. 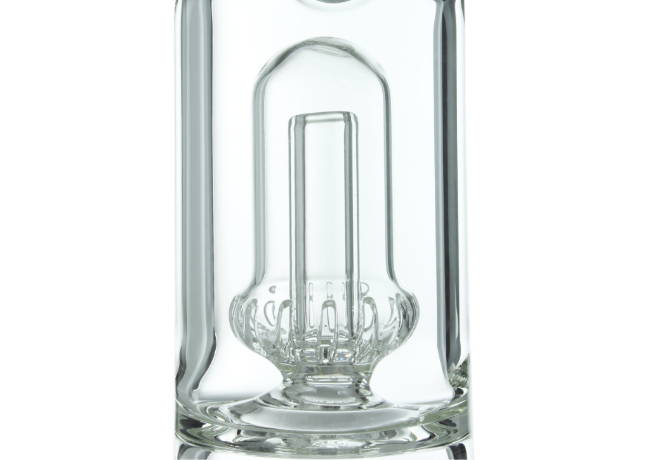 Even if you’re scared of aliens, you’re gonna dig UFO percs. Of course they filter smoke like a champ, they look like UFOs (percs are named after their dopplegangers, if you haven’t noticed yet), and they’re one of the easiest percs to clean. 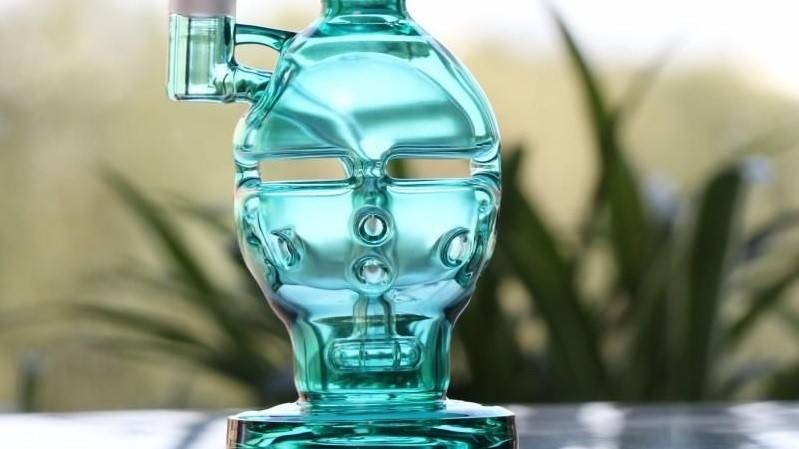 As discussed earlier, a Faberge egg is actually a type of recycler bong looks like its famous Russian namesake. Recyclers like the Fab egg are best for concentrates. 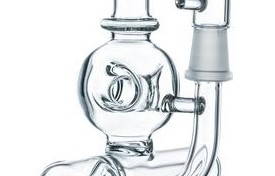 A recycler like the Fab egg, a donut recycler works the same way, but with a donut shape. Remember: even recyclers like the Fab and donut can feature other percs built into their frame, like this donut matrix mix. 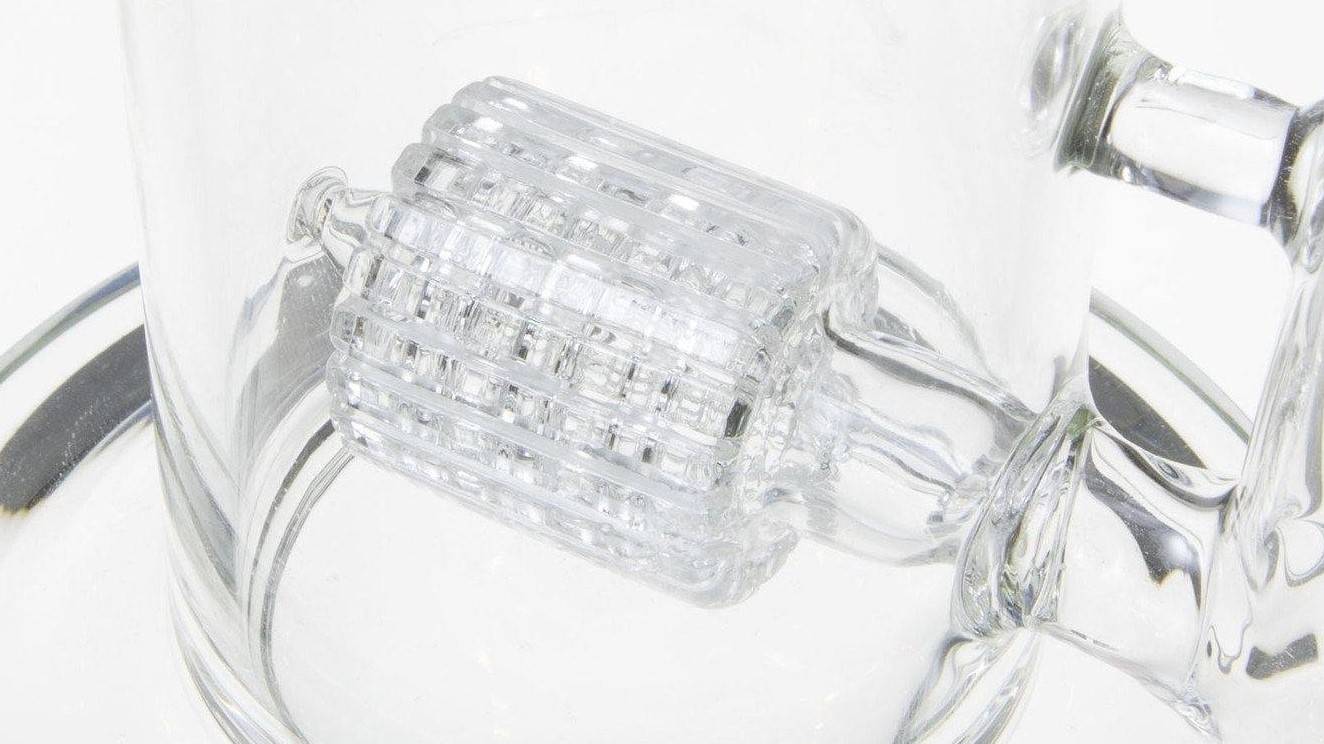 It’s not named after the movie, in case you were wondering. The Matrix perc has both vertical and horizontal holes in it to really change up the smoke’s direction and break it into smaller pieces. 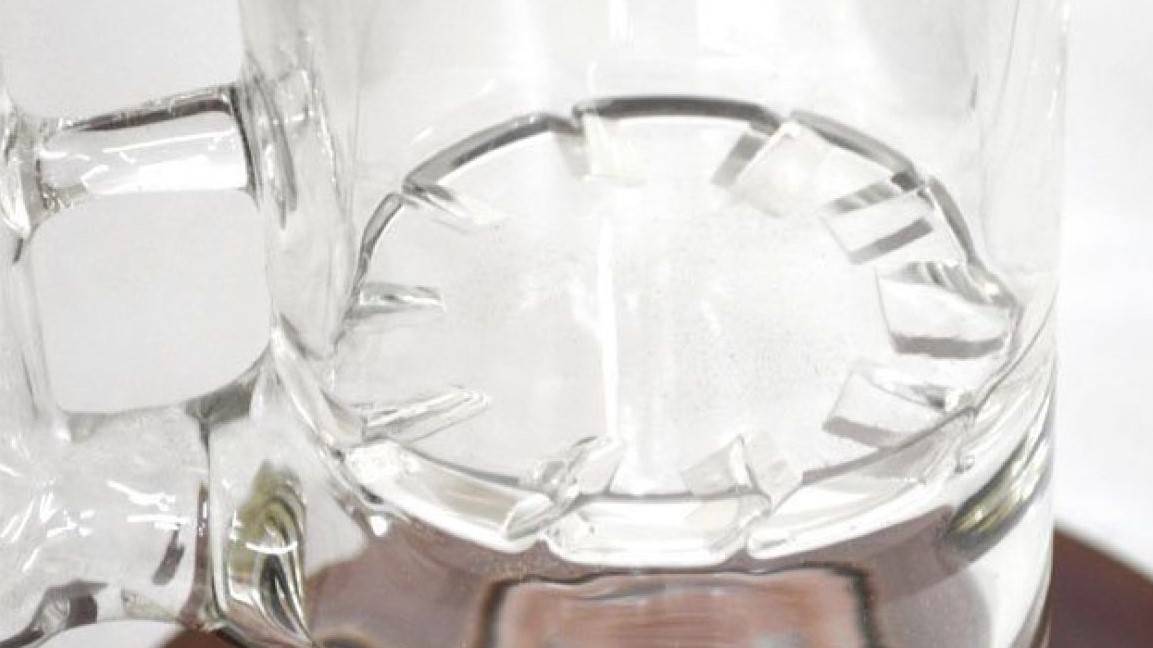 If you like watching your smoke do cool stuff while you light up, you might consider investing in a Turbine perc. It looks like a regular slitted disc, but on closer inspection, the tiny holes are neither vertical or horizontal, bur slanted. This make the smoke spin into a tornado-like effect in the bong’s neck, all while filtering it. 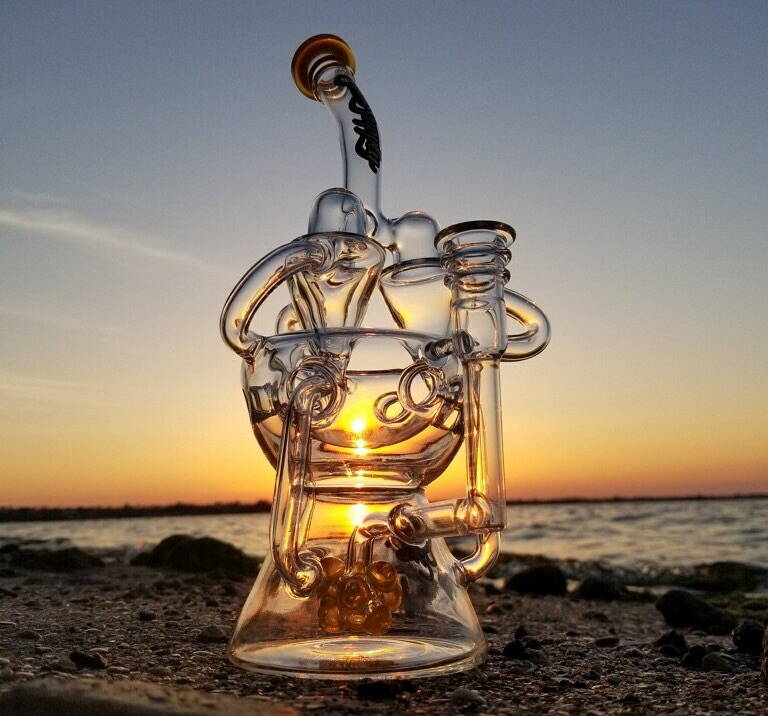 A percolator, or perc for short, is a device that’s usually built-in or added on to a bong or water pipe in order to filter impurities from the smoke to make it taste better. Typically, percs are made of glass and while they come in a variety of shapes and styles, they always contain a series of small holes through which the smoke must travel in order to reach the mouthpiece. These small holes are what filter the smoke and give it a nice taste. 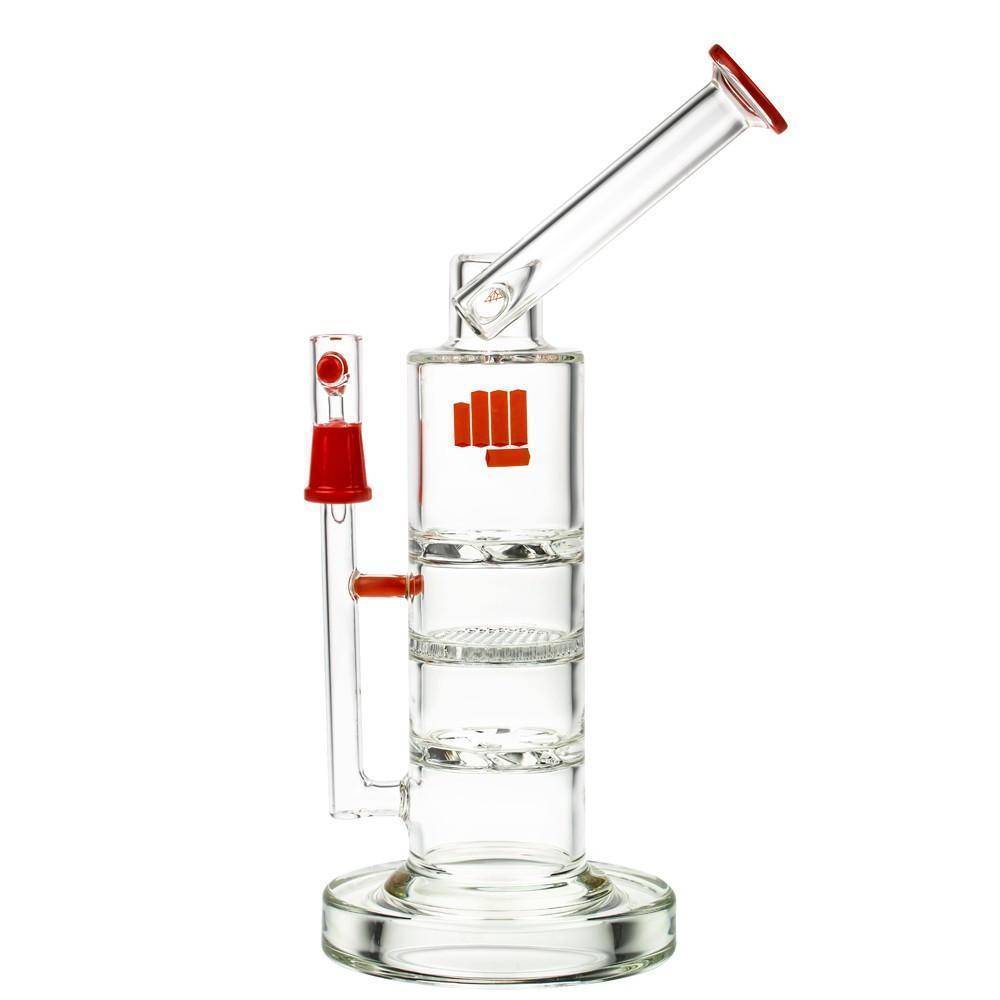 Why are Percs Important?

Whether you’ve moved on to other ways of smoking since then or have stayed with smaller hand pipes, a bong is definitely an upgrade, and not due to its size or design--a large reason why people prefer bongs is that despite their somewhat intimidating size, they give you much smoother smoke. It’s filtered through water first, and then will go through a series of percolators and maybe even recycling chambers to soften and sweeten the taste.

In fact, in the most expensive bongs, the big price differentiator is often the type and quality of the perc inside--size doesn’t count! Percs are the real show-stopper in bongs, and it’s their significance that can make a truly great water pipe. Of course, there’s many other factors that go into price, such as with these top-notch STAX bongs from GRAV Labs (think mix and match bong pieces) So next time you’re pipe shopping, pay attention to the percs!

How Exactly Does a Perc Work?

Ok, so you know it filters smoke, but how exactly? Whether you just want to know the physics behind percs or want to try a DIY one (we don’t recommend the latter option), it never hurts to know what’s in your water pipe. As you know, a series of tiny holes is the center feature of a perc, no matter what style it is. As you inhale, the pressure from your mouth will pull both the smoke and water upwards through the perc, and this upward motion aerates the water, producing a series of tiny bubbles that break up the smoke. While any water pipe will naturally have this water filtration even without a percolator, a perc takes it to the next level by further breaking up the smoke into tinier pieces along with the water, all of which helps to give you that soft, sweet smoke. Of course, this action also helps to cool the smoke faster as it helps to mix the smoke with the water.

How are Percs Built?

Let’s start with the basic outline of a bong--you have either a straight tube or beaker base that flows into the neck and then mouthpiece. The bowl is attached on the lower side of the water pipe, closer to the water than the mouthpiece. The perc can be attached in one of two ways: first, it’s usually built into the bong itself, near the base so that it can filter smoke in the water. However, if your bong doesn’t have a perc (not all do) or you think it needs more diffusion, you can add on an ash catcher attachment with a perc to further soften your smoke. The ash catcher also helps to remove particulates from your smoke and keep your pipe clean, so there’s two added bonuses there. 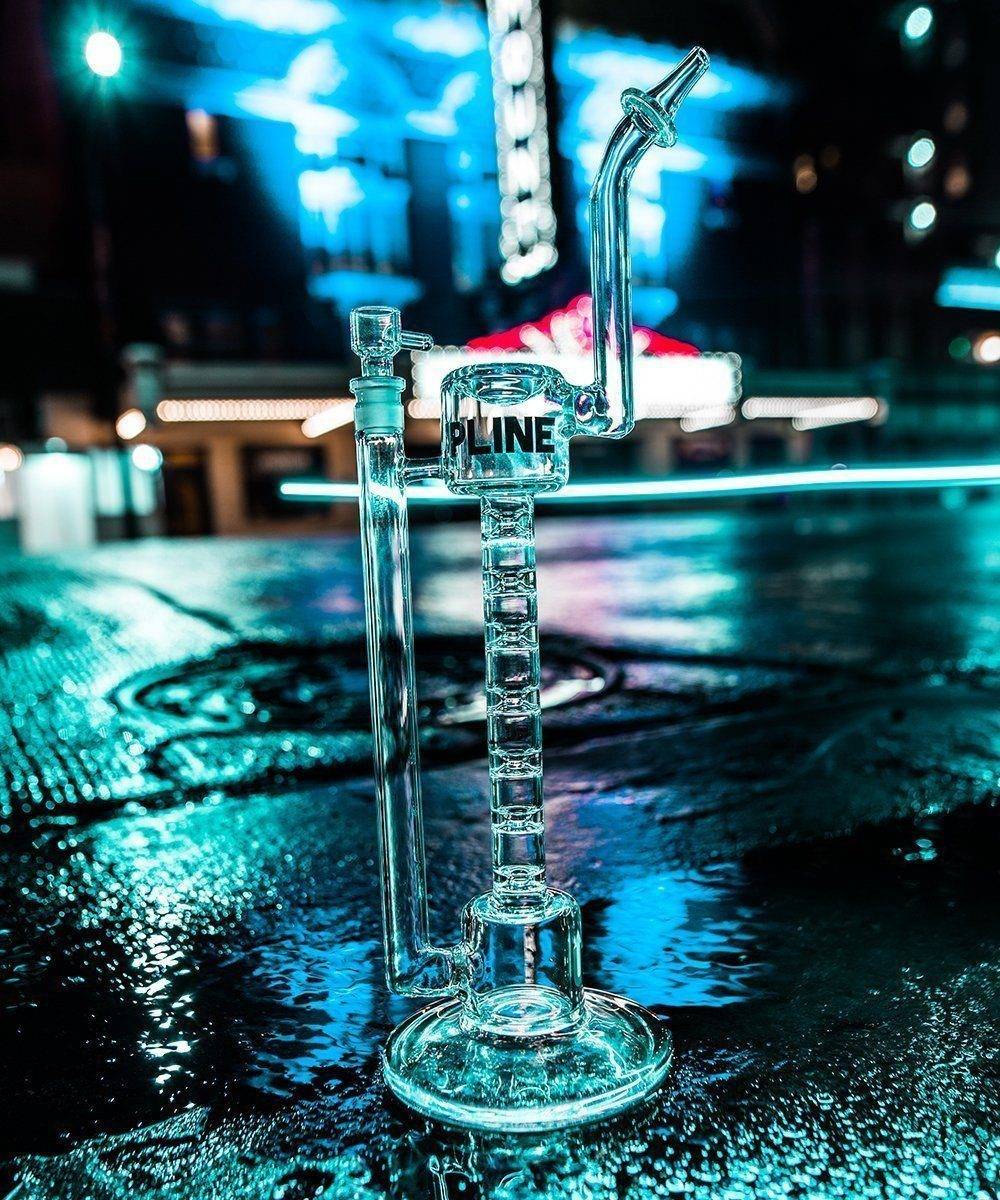 What are the Cons of Too Many Percs?

However, there are downsides to percs: first, they can cost some serious money. Remember earlier when we said that bong prices are often determined by the quality of percolator(s) inside? Although we would all love the best perc in the world with hundreds of tiny holes to filter our smoke, these tiny pieces of glass are difficult and complicated to create, rendering them quite costly.

Aside from cost, you don’t want to overload on percs: they make cleaning your bong much more difficult--all those little holes eventually get resin and particulates stuck in them. Additionally, you can always have too much of a good thing: if you (hypothetically) had 10 percs on a bong, it could filter the smoke so much that nothing comes out of your pipe. For some people, they’re actually a little turned off by more than one perc since they like their smoke to be on the sharper side. It’s up to you.

There’s one last downside to percs, and it concerns dabbing: although we certainly love percs, they’re best left for dry herb smoke. Why? Remember, percs are designed to filter harsh smoke, and when you dab, it’s only vapor. A percolator can take the already delicate vapor and stop you from enjoying it to the fullest. Also, all those tiny holes in a percolator can easily become clogged with sticky resin from dabs. Of course, the typically larger bongs with percs for dry herb don’t help either, as the cavernous chambers don’t cycle your vapor that effectively. That’s why dab rigs tend to be on the smaller side, even when they’re not a nano rig.

With that being said, there’s other ways to filter vapor even for dabbers, namely with recycler bongs. Recycler bongs help to primarily filter vapor using a system of chambers instead of a glass percolator built into the bong: the smoke travels between the main chamber and a secondary (or third) chamber, meaning it travels through the water multiple times before you inhale. The chambers are on the small side, so it’s perfect for sticky vapor that’s not too harsh and could clog up a regular percolator. Example of recycler bongs are the famous Faberge egg recycler bong and the donut recycler. If you know you’ll be dabbing more with your rig than smoking dry herb, you might want to look into recycler bongs.

What’s your favorite perc from this list? Are there other ones not here that you especially like? Let us know!

Keep It Clean: How To Make Your Glass Pipe Last