Glycerin: Not Just A 90s Song Are you ready to get into some glycerin? For those who don’t already know, glycerin is so much more than an ingredient found in your hand lotion or body wash--it’s a core component of any chill sesh (emphasis on the chill). For those who truly want to up their game, glycerin is the way to go. In this guide to glycerin, we’ll explain what glycerin is, how to use glycerin, and what exactly it does to your inhales. Prepare to be a glycerin expert by the end of this guide. Let’s jump in!

Glycerin, also known as glycerol in the scientific community, is a naturally occurring, colorless, odorless liquid with myriad uses across food and pharmaceutical industries. It is most notably used for its antifreeze properties that protect water or other liquids from freezing by stopping the formation of ice molecules.

Glycerin is also one of the main ingredients in vape liquid in order to form thick clouds, but that’s not the aspect of glycerin that we’ll be focusing on today; instead, we will be discussing the wonders of glycerin’s antifreeze properties and how that applies to your next sesh.

There’s nothing more annoying than wanting to enjoy your dry herb, but no matter what you try, the goodness burns your throat and you can barely inhale since it's too hot. While there’s a variety of ways to cool and filter your smoke (icing the bong neck, adding ashcatchers or percs, putting cold water in the bong’s base), glycerin remains one of the most tried and true forms of getting cold and crisp puffs that take your toking to a whole new level.

Cooling it down with glycerin

There’s a few different ways to use glycerin to cool your smoke: generally, you can find a glycerin attachment (like a glycerin bong adapter) that’s easily added to your pipe. Remove the glycerin from your pipe and store it in the freezer for a few hours, or until it’s nice and chilly. Add it back into your bong and you’re ready to go!

If you’ve got a summer cookout going on, feel free to throw it right in the beer cooler with everything else. You can also freeze the glycerin the night before an outing, and keep it in a cooler bag with ice packs until you’ve reached the opportune time to toke.

There’s a few things to note when chilling your pipe: first, it’s never a good idea to throw your bong into your freezer--even if you somehow have enough space to fit a bong in your freezer, no glass can withstand freezing temperature without cracking. Some bongs come with a built in ice pick that lets you throw in some ice cubes into the bong’s neck, like the coil perc bong from Nucleus; you can also add on an ice catcher accessory. Alternatively you can put ice water in the bong’s ice catcher.

Glycerin, however, is generally preferred to all of these methods for a few reasons: one, it’s the easiest to use of all other methods. Second, glycerin will stay icy cold much longer than ice cubes do--after one hit, the hot inhale will blast your ice cubes into oblivion causing them to melt and slip right back into the bong water. With glycerin, you can go for multiple rounds and it’ll still be cold.

How is glycerin used in water pipes?

Now you might be asking, what does glycerin look like in real life? Often, it will come as an insert for your pipe, like with a Boo Glass glycerin coil bong. Simply remove the coil, place it in the freezer until sufficiently chilled, then put it back in the bong’s neck. Check out our glycerin coil review to find some extra surprises with this water pipe.

For those who can’t get enough of percs, we present this massive 18 inch bong that features two top-notch percs in addition to a removable glycerin coil. A horizontal inline perc filters your inhale as it leaves the bowl and heads immediately into a beautiful showerhead perc. This thing is huge! After being filtered by the showerhead perc, the puff travels up towards the chilly glycerin coil, giving you delicious and refreshing smoke.

We also love buildable products from GRAV. This Austin-based company is a true purveyor of pipes and has led the world in quality gravity bongs and ingenious designs. Their STAX collection lets you build your very own custom water pipe, complete with different percs, mouthpieces and bases. Using a glycerin coil, for instance, and place this piece in the freezer and add it back to the rest of your STAX bong once it’s cooled. 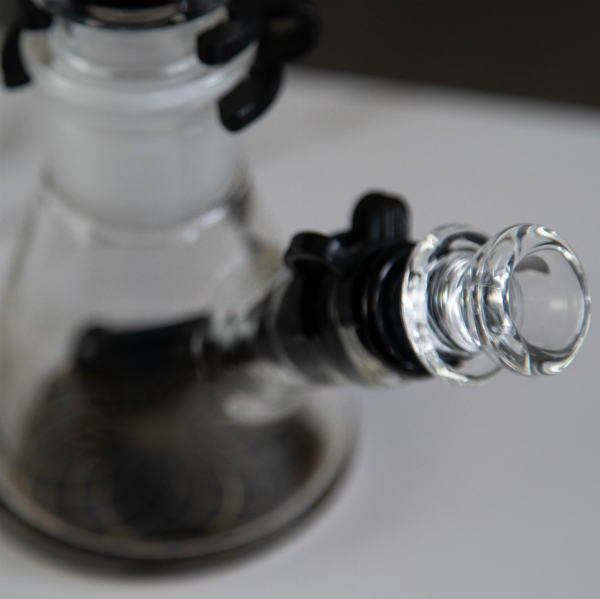 GRAV Labs also makes a fun addition for any 14mm or 18mm bong: glycerin bowls. You can add a glycerin bowl to any water pipe for a quick and easy cool down of your smoke. Freeze this bowl before you pop it into your pipe’s joint--it will have already chilled before it enters your bong. Pretty nice, right?

Glycerin isn’t just for water pipes either: dry pipes like one that has glitter, are made with glycerin, so they’re completely safe to throw in your freezer for a chill smoke sesh. We predict that glycerin will be making more appearances in the future, especially with other products like spoon pipes and bubblers. Can you imagine a glycerin Helix pipe? We’re excited.

Whether you add a glycerin perc, a glycerin coil in the neck, or even a glycerin bowl to your bong, there’s multiple ways to incorporate this fun and safe antifreeze into your next sesh. What’s your favorite way to use glycerin? 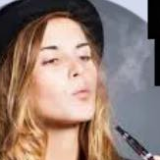 Julia, a flower child hailing from Spain, discovered her love of fresh herbs years ago when she accidentally became head of product at a farm in Oregon. She promises to not bias her guides too much towards vaporizers, but no guarantees!