On April 1st 2019, Building Green, a prominent environmental consulting firm released a poignant green-friendly parody article outlining all of the changes announced in LEED’s fictional V4.20 update. Readers commented “Once again, you have outdone yourselves in the April 1 issue” and that this April Fools joke was “LOL--the best ever!” The stunt even garnered a like from @USGBC, a massive account with 129K followers.

In 2019, the USGBC transitioned LEED V4.0 to LEED V4.1 and did not address LEED Interpretation #10474, the makeshift 2018 addendum that banned smoking flower by grouping it under Environmental Tobacco Smoke Control (ETS) regulation. This move effectively ratified a ban on herb smoking.

“Speaking bluntly, I think it’s downright negligent nowadays to build without taking [flower] use into account,” … “Given the impacts on indoor air quality, water use, healthcare, and… a building’s overall vibe, it’s high time we put the ‘W’ into LEED.”

Controversially, the USGBC did not observe its own regular proposal development process to implement the addendum in December, 2018. Regular procedure would have opened the issue to stakeholder feedback, a public commentary period, and a final vote. USGBC, instead, simply announced the interpretation. LEED interpretation #10474 abruptly reversed five years of tacit support for and collaboration with the 420 industry that needs guidance in wrangling its own well-established problems with water and energy usage. 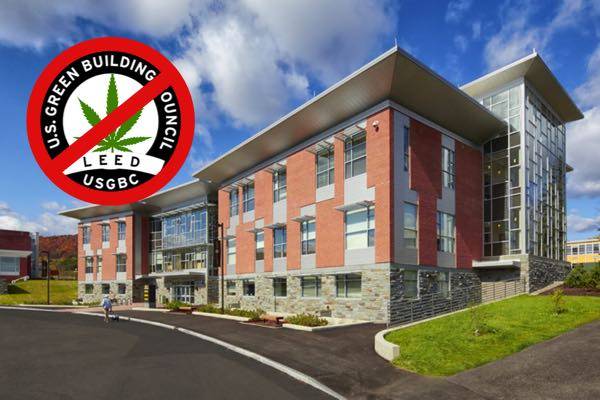 Though the inquiry that directly led to LEED Interpretation #10474 in December 2018 was likely received as part of the USGBC’s call in March 2018 for clarifications in LEED terms and language, it was not included in the comprehensive 2018 Call for Proposals final report.

In addition to the USGBC’s dealing with the interpretation outside of a process that would have invited public discourse, critics have targeted the interpretation’s poor scientific justification. LEED Interpretation #10474 cites just one academic study from 2007 (D. Moir), which had major limitations. The Moir study burned flower and then tested the air for carcinogens, but did not test for how much or if any of those carcinogens could be transferred through contact with secondhand smoke, which is the crux of the ETS ban.

USGBC should never have included the 2007 Moir study when the science has been majorly advanced by others in over a decade of research. A 2017 study found raised levels of Ammonia in humans and animals exposed to secondhand smoke. A 2018 study further confirmed and advanced these findings, comparing the air quality of a hot-boxed room with that of a forest fire. Inclusion of the Moir study as singular justification for LEED Interpretation #10474 shows a careless handling of the subject.

The adoption of addendum #10474 into LEED V4.1 without further advisory is problematic due to the lack of rigor applied during its conception. LEED interpretation #10474 ought to be reconsidered due to the initial circumvention of USGBC’s own public proposal development process, as outlined in Foundations of LEED (2009), and for the trivial treatment of the subject, as evidenced in the citation of a single incomplete and decade-old study.

USGBC did not further address LEED interpretation #10474 in its newest LEED V4.1, but it is open to public proposals and ideas at the bottom of the page here if you’d like to share your thoughts. 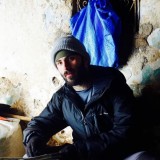 P. Gotti is an entrepreneur and writer based in Huntsville, Alabama. He has sailed the seven seas, and worked on the Hot Box Food Cart during its inaugural year.